The empty stadium seemed not much impact on the quality of the Premiership. But, in fact quite the opposite. The audience can not substitute - at least to 3/10 has made the Premier League match losing part of its appeal.

And consequently - according to sources of the Daily Mail, Suning Group Holdings of China was no longer cooperate with the organizers Premiership. Last month, representatives of the Premier League has brought Suning Holdings into a legal battle, after the Chinese corporations are not paid fees worth 160 million pounds in March.

Suning retailers Holdings is a leading electronics in China. This president - Zhang Jindong business is the 28th richest man in the land of a billion people. 2018, Suning Group Holdings acquired 70% stake in the club Inter Milan. Later, his son Zhang Jindong Steven Zhang - born in 1991, was appointed to the role of Chairman of the Milan team.

For his part, Suning Holdings also want to invest heavily in football and communication. They each signed a contract worth 564 million pounds for the English Premier League TV rights for the tournament in China. However, after paying £ 264 for the first period, Suning Holdings unexpectedly slowed.

Wolves are at risk of sale

In the immediate future, the Premier League will damage the 300 million pounds  after the contract with Suning Holdings broken. The two sides will not be a partner, you trusted each other after just one season. The Organizing Committee of the tournament England decided to cut all TV rights of the Chinese group, while the agreement for the period 2022 - 2025 is no longer valid.

Looking to the longer term, the Premier League is a huge disadvantage in the Chinese market. Failure to cooperate with Suning Holdings - managing units of digital television channels PPTV will make the process of "universal" in the Premier League populous countries in the world become more difficult.

Perniciously, according to the Daily Mail, is a wave of Chinese billionaires fled relation to the Premiership. Southampton club owner - billionaire Gao Jisheng is reportedly trying to sell off this team. Donors LD Sports jerseys also withdrew from the tournament in England. Wolves and West Brom - the team with the Chinese owners of the other, is in a similar situation.

Once recruited Donny van de Beek, MU has restarted the deal "blockbuster" Jadon Sancho to be determined by Dortmund persuaded to accept repatriation British stars right in the transfer window this summer. 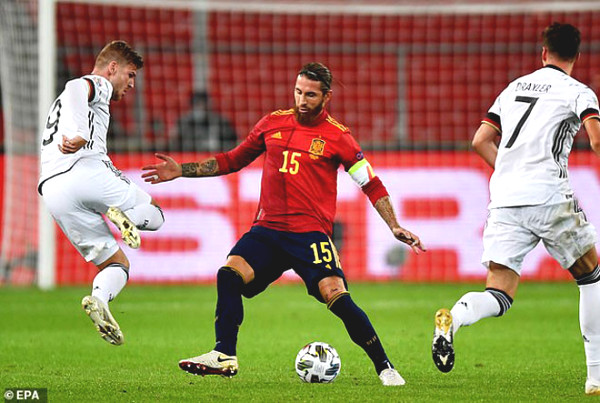