Performances of Antoine Griezmann in the season 2019/20

Barcelona had to go through a long journey, extremely exhausting and money, even sued after the "lobby" for Antoine Griezmann in the squad. But the last stage of the season was 2019/20, the 2018 World Cup champions did not really catch up with Barca attack.

Leaders Barcelona found the risk of failure of the deal is 120 million euros (104 million pounds) named Antoine Griezmann was very clear. French striker was 29 years old, and did not show class as it did with Atletico. Just like playing football now, sooner or later, every gaffe Griezmann also become Barca.

This is almost a copy of what was happening with Ousmane Dembele and Philippe Coutinho. In fact after the departure of Neymar Junior, Barcelona fell into panic. Already in summer 2017, they "live and die" to bring Ousmane Dembele cost £ 125 to replace. After 3 years, the young French striker can never approaching the level of Neymar.

To winter 2018, Coutinho joined Barcelona in a deal worth 142 million pounds, making him the third most expensive player in the history of world football. But until the present time, Barcelona has not yet fully paid transfer fee for Liverpool, while Coutinho is clearly a result "spray bombs".

The crisis in the Nou Camp

Thus, a total of 3 business Dembele - Coutinho - Griezmann has cost Barcelona to 371 million pounds. This is the huge amount of money, an important contribution to the crisis led to the upper side of the Camp Nou. The problem is, all three aforementioned contracts are not showing adequate value for money spent.

Also by a part of the huge debt that Dembele and Coutinho leave now, Barcelona is transformed into "FC installment". According to Marca, plus the amounts not paid off £ 44 million in the deal Coutinho, the total amount of unpaid transfer to Barca 230 million pounds. Most of these deals have made this team are in the form of installment payment.

Barcelona though is the leading European giants, but in a state of running out of money. Catalunya giants did not even make the Top 10 teams have cash reserves, bank account before pandemic outbreak Covid-19, in all of its data analysis Soccerex.

Spend unsuitable, poor financial management is the root cause of the crisis in the Nou Camp. Should know that according to Deloitte, Barcelona 840.8 million euros earned from last season (approximately 733 million pounds) and for the first time surpassing Real Madrid to become the team with the best turnover. Yet, after all, Barca are now in debt as "God legs".

Liverpool had the championship coronation memorable Premier League at Anfield. 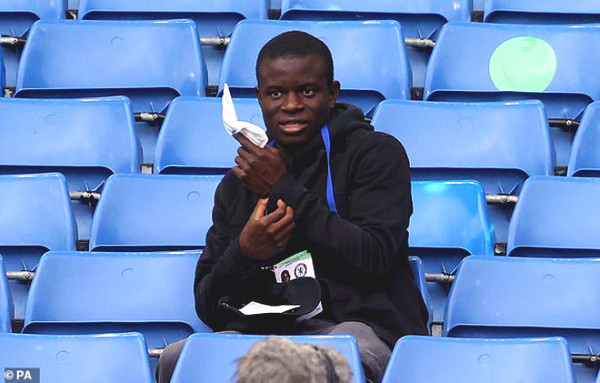 On the threshold of great battle with Liverpool at Anfield at 2.15pm tomorrow morning (23/7, now Vietnam), Chelsea suddenly received a message that the data can make them face many uncertainties in the competition top four Premiership fierce paralyzed with United and Leicester City.